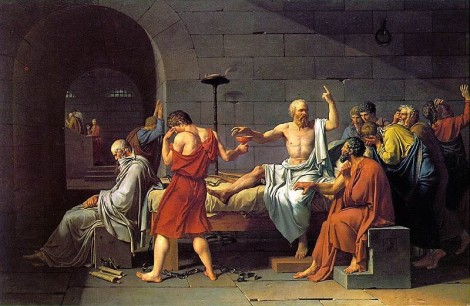 We should revisit the power of the Socratic method

The NYT just published an article that describes Google’s findings on what makes a good boss: rather than technical expertise — bosses who made time for one-on-one meetings, who helped people puzzle through problems by asking questions, not dictating answers, and who took an interest in employees’ lives and careers had teams that were the most productive and most happy.

When I look back on the various projects I’ve been on; I completely agree with this finding. I was most productive with bosses who were both great experts and great communicators, but I was also quite productive with managers who had very low expertise, but still great communicators. I was the least productive with managers who were control freaks and close-minded. This was most apparent when I was working as a reporter; every year, the editor of our desk would change. Although the reporters roughly stayed the same, the management style of the editor had a strong impact in the quality of our work. The job did not pay well, but the reporters were pretty happy– until management made a drastic changed at multiple levels– unsurprisingly, many people, including myself, left after this change.

From a massive data-driven analysis, Google found a correlation between a manager that is a great communicator and a team that has high productivity. From a social scientist studying communication, I am more interested in the elements in between that connect those two dots. We can think of several obvious ones: self-motivation, happiness, trust, etc. In particular, I’m interested in reciprocity. The Google report showed that availability of the manager was an important factor contributing to productivity. Feedback is an example of reciprocity; however, not all reciprocity is the same. In fact, I believe it is not just any feedback, but open-ended feedback that leads to self-motivation.

This brings us back to the old Socratic way of teaching, and proverbs such as teaching someone to fish instead of giving them a fish. I have been blessed professors who have influence how I think– BD Colen, Charles Nesson, and Robert LaRose– all have this kind of teaching philosophy, where I give them a question and they answer with 10 more questions. To be honest, it is sometimes very frustrating, but that frustration is a very different frustration from the feeling of shouting at a brick wall.  It is a positive frustration, but it is a temporary one, which fuels motivation to learn, which results in happiness in discovery.

Now that I am getting involved in more teaching, the little experience that I have had in interacting with students has been extremely disappointing. Students want immediate answers, they are interested in what, not how. But how to keep them interested, engaged? How to keep the carrot dangling in front of them long enough so that they become self-motivated? How can students improve if we don’t give them feedback?

These are less of an issue in classroom environments that are small, in which the instructor can have interaction at a one-on-one level with students. But in a large institution, with classes that have more than 50 students, there is little opportunity for individual interaction. Is there a way to incorporate technology to assist us? Currently, all of the technological tools that are encouraged for instructors to use require so much more effort on part of both instructor and student; if we could design a system that could facilitate one to many interaction with the illusion of being one-to-one, perhaps we could boost the bottom line of interaction up to a level that students will want to proactively seek more quality one-to-one interaction.

One response to “Socrates had it right: Why feedback is key for productivity”