Miriam Simun’s Agalinis Dreams was a multi-sensory art experience quite different from anything that I’ve experienced before. It took place today, at the Museum of Arts and Design as part of the MAD biennial, so I will try to relate my experience here for all those who missed it.

Guests were escorted upstairs to the small exhibition area, and we had to wait in line to be ushered into a small space that had videos playing on three large screens. The room was illuminated with a black light and we were given white glowing pendants that hung around our necks until we were asked to participate in the agalinis smelling/tasting. 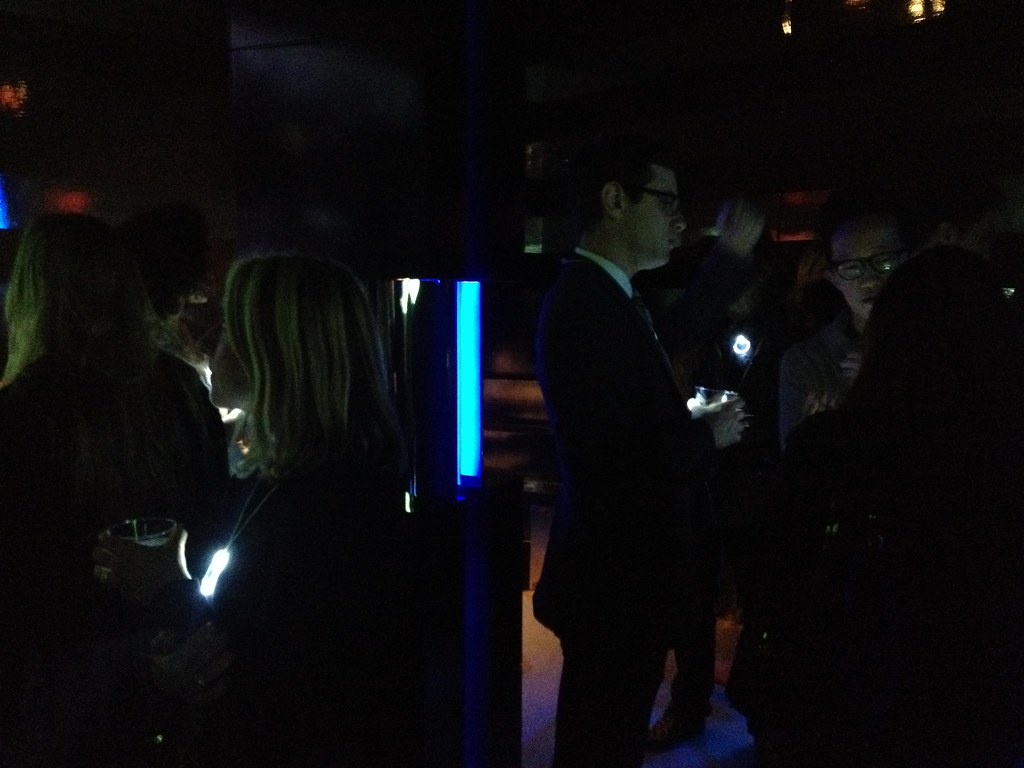 While waiting for this to happen, guests were given a glass of Adirondack vodka on the rocks. I am not much of a drinker, but the taste of this vodka was very different- almost as if it were infused with pine needles, honeysuckle, and elderflower. (I don’t know if it was a cocktail or if that is how the vodka tastes.) Anyways, it was the perfect aperitif that went so well with the videos, which was like an artistic documentary, with Simun narrating about the status of the Agalinis acuta. Apparently it is an endangered species and the flower only blooms only once a year for a few hours. When it does bloom, its scent is such that bees flock to revel in it. 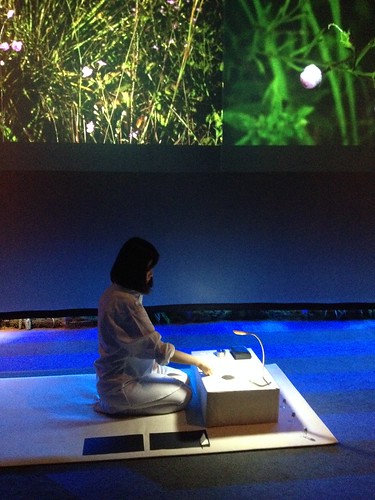 The scent, however, cannot be naturally detected by humans, so Simun and scientists of a fragrance company captured the fragrance by placing it in a glass “globe” to collect the essence as much as possible. This was then analyzed and recreated synthetically. I put on a butterfly-esque dosdii, which looked liked a mustache above the nose, with one curlicue dipping in front of my nose with the scent. I was told that the scent held certain notes of the agalinis and that other notes were infused in the cocktail (this was a second drink, not the one I mentioned earlier). 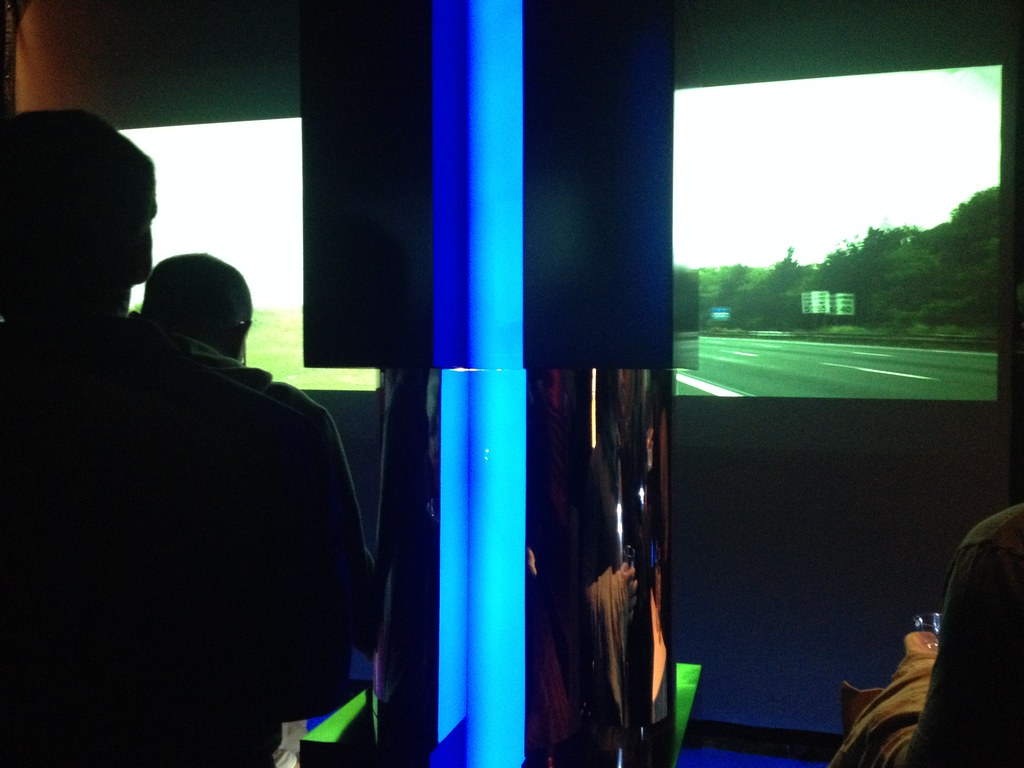 Two of the three screens that showed a narrated video of Simun’s journey with the Agalinis. It was kind of like a documentary, but more artistically put together.

The scent itself was romantic, rustic, and shy. It had that pungent rose-like smell, but not as powerful, it was sweet like honeysuckle but not as sharp. It felt like I had come across a lace handkerchief hanging outside to dry in the sun and it still had a lingering sweet scent of a young woman’s perfume. I was so surprised that the scent was synthetically recreated because it felt so fresh and real. When combined with the cocktail, however, there is a fleeting moment where the scent and the taste come together and both are amplified, elevated. It is like a coy girl wearing a white sundress suddenly twirls and flashes you red underwear. It is very brief but is like having an orgasm in your nose. No wonder this sexy scent was attracting bees! Without the cocktail, however, the scent goes back to being very demure.

Someone is pouring the cocktail and preparing the dosdii for the smelling/tasting experience. Each tray has a cocktail and a dosdii.

Simun’s exhibit was all the more exciting to me because I had just finished writing a thought piece suggesting new areas for research on computer-mediated communication, pointing out that existing research has focused so much on visual and audio components, but less on haptics (touch) and very rarely on smell or taste. One could imagine how adding these components would enhance a mediated experience. This may sound creepy, but being able to smell your loved one, for people who are distance relationships, or providing the comforting smell of homes for soldiers in the field. Astronauts eat dry food, but what if that could be enhanced through a simple thing like a dosdii with a particular scent attached? The possibilities are unlimited.